Various field-based activities are undertaken to empower women and their families in order to provide holistic health care to the needy. These programs have been proved to be a novel approach in rural health programs.

DCP has been running a Microfinance program (MF) since 2008 with the objective of increasing financial accessibility through skill-based training and creating awareness regarding common female and reproductive health problems and diseases. It is currently running the program in seven different outreach centers: Bahunepati, Dapcha, Baluwa, Kattike Deurali, Salambu, Manekharka, and Godamchaur. There are a total of 51 groups, of which 29 groups had already completed their loan cycle. In total, around 1000 women have been enrolled in the program. 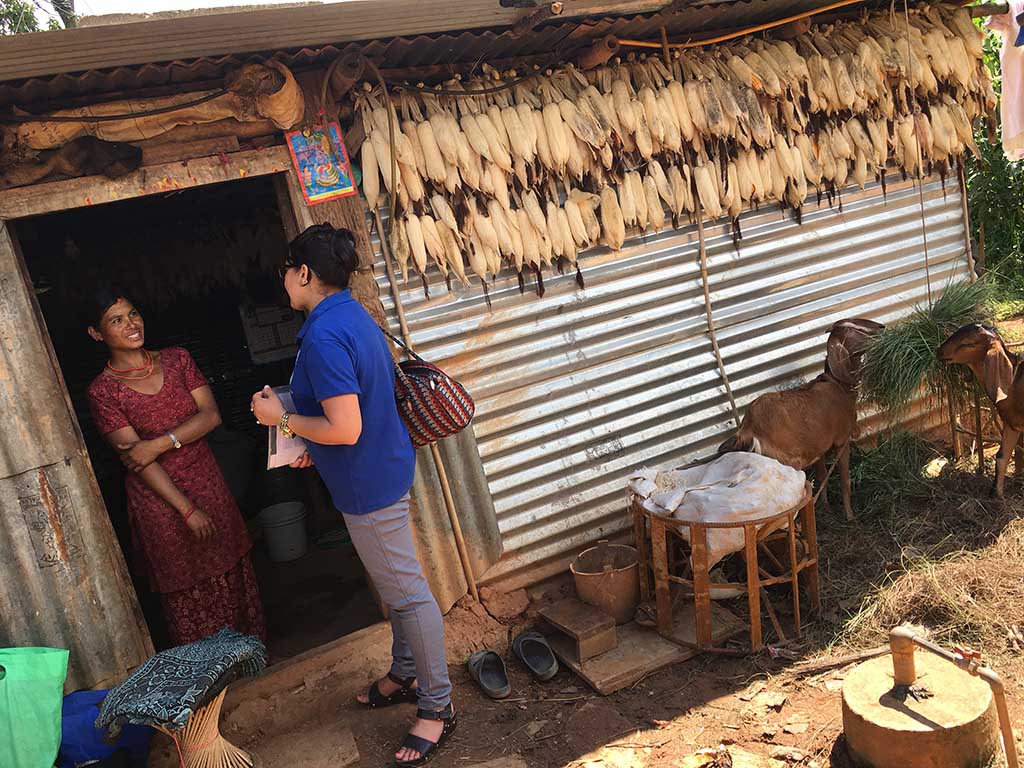 The hospital believes to improve the living standard; access to credit should be combined with health awareness. Therefore, besides accessing credit, the women were offered various awareness sessions on different health issues such as family planning, safe motherhood, HIV/AIDS, sexually transmitted infections, and so on. The staff in the health centres conducts health education sessions monthly when the women visit outreach centres at the time of their monthly saving meeting. In some cases, if women could not come to the centre, the staffs themselves visit the women’s home for health education. Along with this, the staffs of the women’s health program also visit these centres to provide health education to the MF group women. These women have been proved to be the best messengers of health and hygiene education. This has proved to be a novel approach in rural health programs. 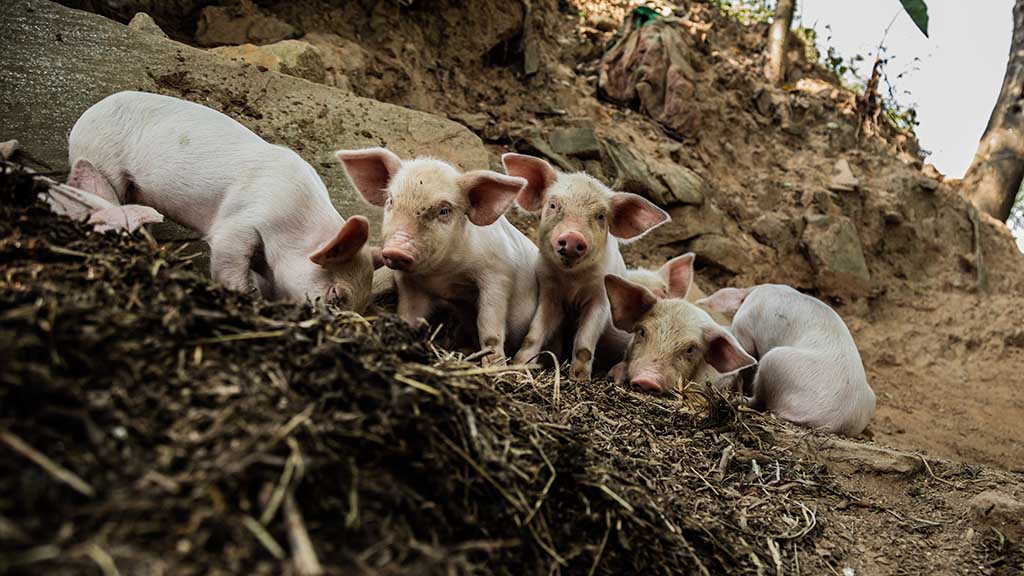 Besides this access to credit and health education trainings, women are given different kinds of skilled based trainings like veterinary trainings, candle-making training, mushroom farming and tailoring. DCP has been working in close collaboration with the District Agriculture Office and the District Veterinary Office for conducting different agriculture and veterinary trainings. The success of the tailoring training in Dapcha outreach centre will be extended to other outreach centres soon. 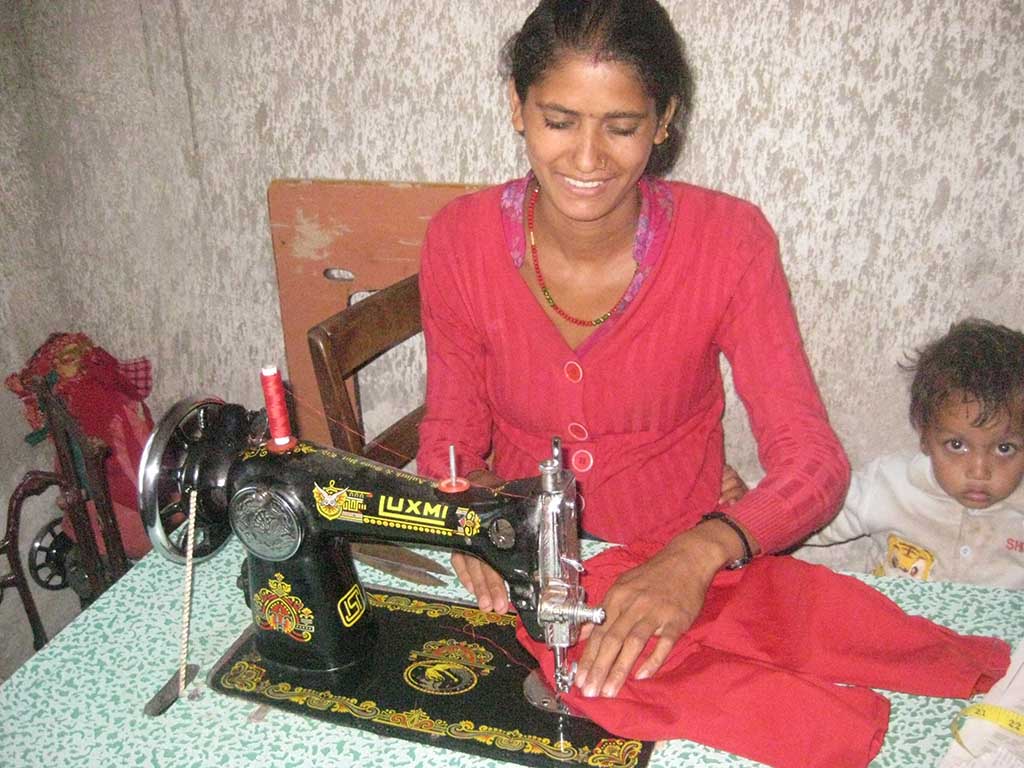 The long term vision of the MF is to strengthen the economic status of the women in the rural community that entails to access quality health care services. The immediate output will be to increase economic status through different income generating activities. This results of the program is to increase decision making power of women’s for seeking health care to themselves and to their children, for education of the children, involvement in advocacy to seek rights from the local bodies and at national level. 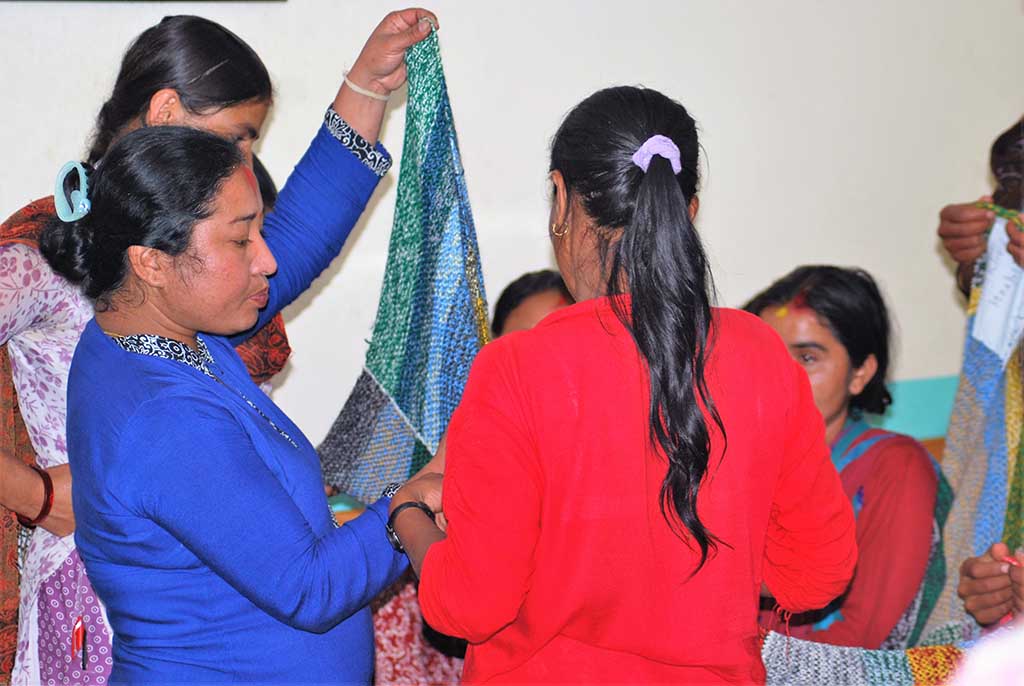 The achievement of the micro-credit program has been very impressive. Though, it has just been 10 years, it has improved the status of many women in the community. This has not only helped to improve the status of women, but also has helped to improve the status of family and the community as a whole. There is no doubt that the program is running smoothly, but still many improvements seem to be needed. The lessons learned from the past will definitely help to make the future program more effective and efficient. 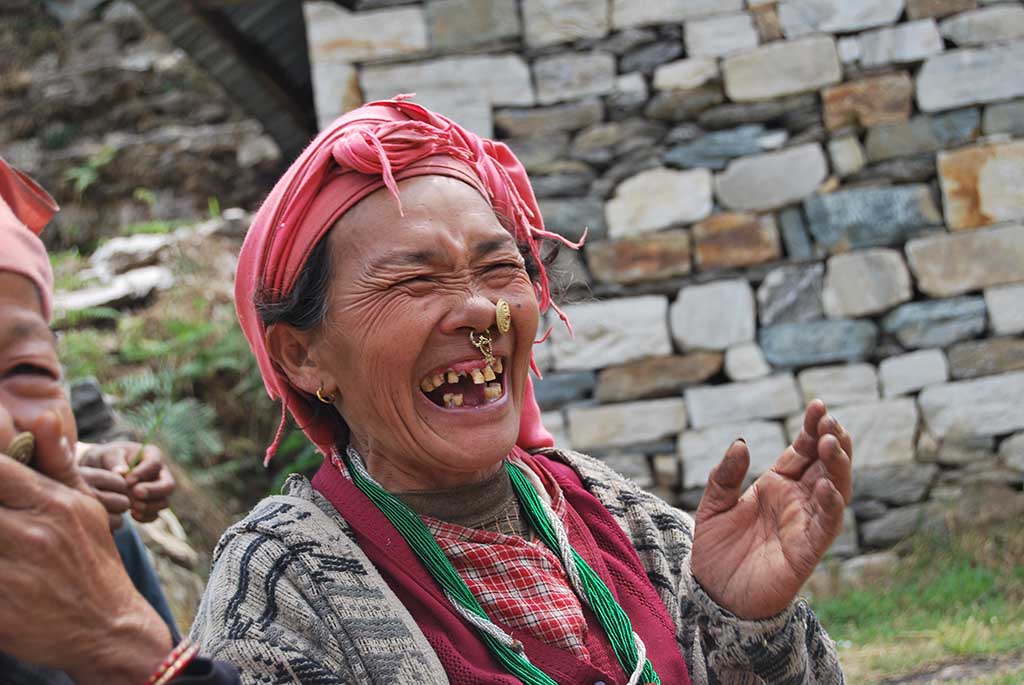 Women’s have less control of property, and face higher levels of physical vulnerability. They are often caregivers, homemakers, and, increasingly, household resource managers and income earners. Considering this combination of vulnerability and responsibility for the welfare of their families, women have a unique and pressing need to manage risk. The major risk includes socioeconomic status, health of self and children and future of her children which needs proper attention. So, insurance is one of the best ways to address these risks. 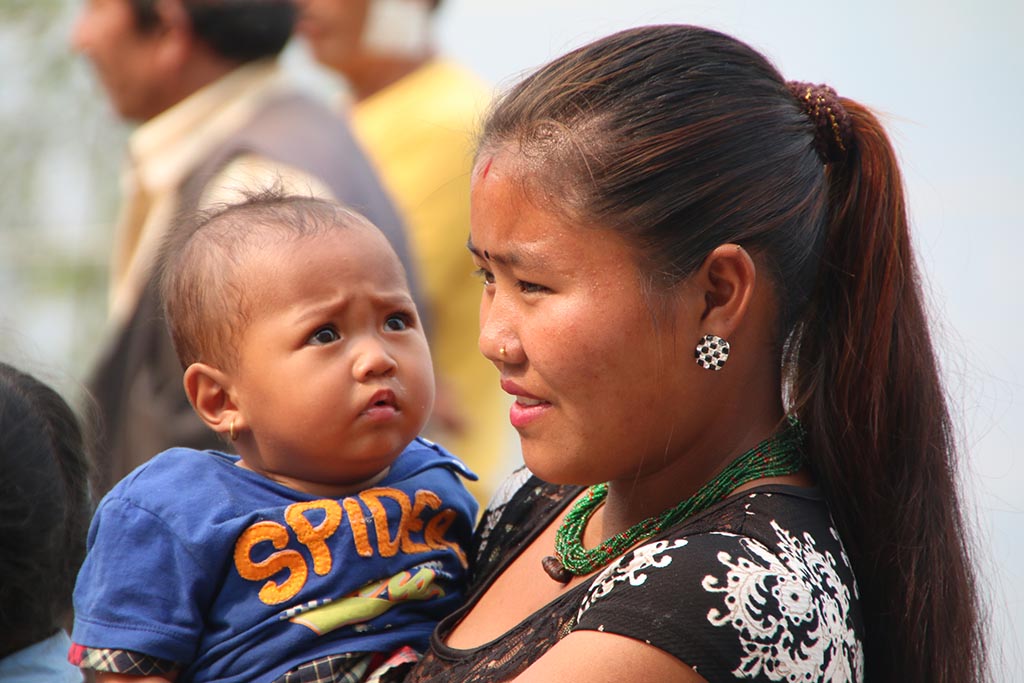 Of all the insurance that could benefit low income families for uplifting their health status and life itself, health insurance is the most obviously beneficial program. For low income women’s, the decision to seek healthcare is often primarily guided by financial considerations. Thus, there is a tendency to delay seeking proper medical attention in the hope that things will get better by themselves. Next is a tendency to seek cure through a progression of low, but increasing, cost options. These options include self-medication with whatever is readily available from within the household. When that is ineffective low income people turn over to the local shops or drug stores that do not necessitate expenditure on transport and heavy cost on diagnosis. 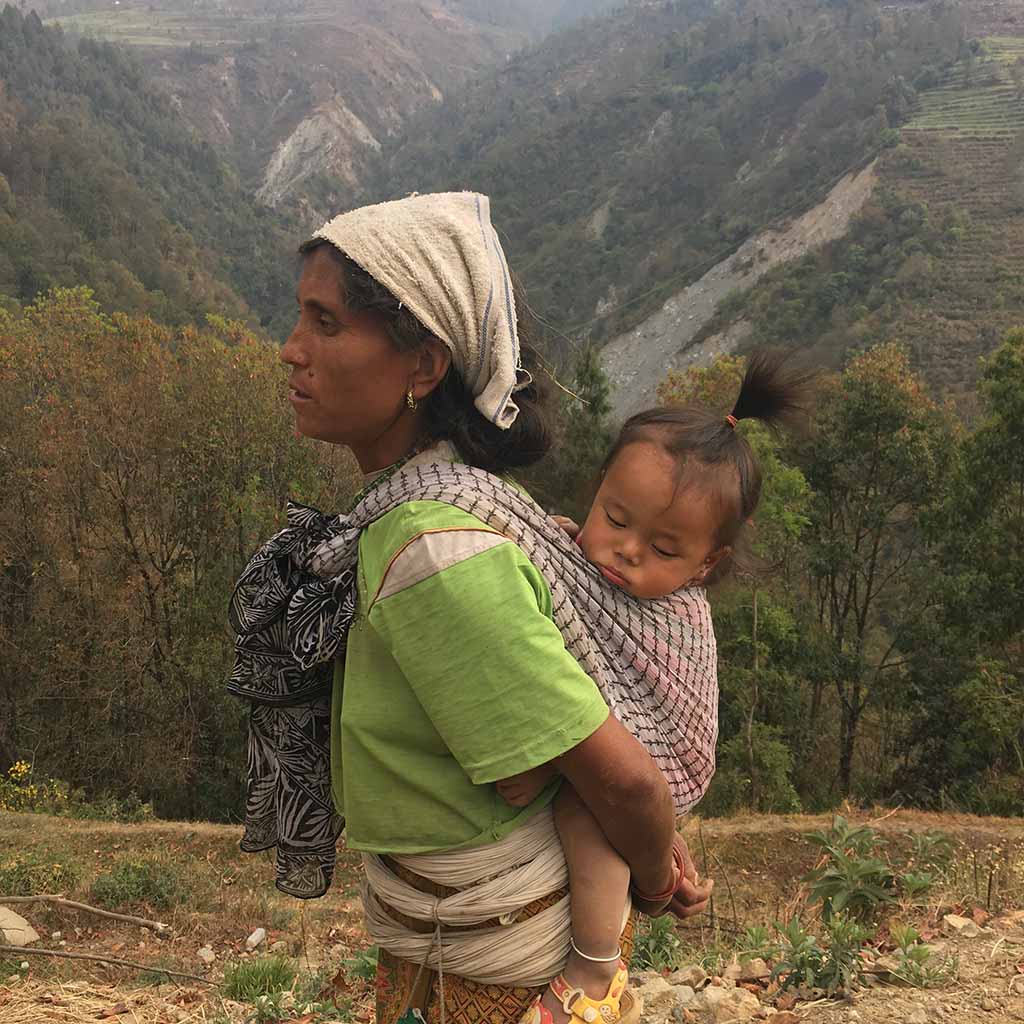 In case of outreach centre’s communities of DCP which has low-income the disease burden is mostly dominated by communicable infections followed by non-communicable infections. These include respiratory infections, gastro-intestinal infections, sexually transmitted infections, skin diseases, accidents and sometimes HIV/AIDS with its associated opportunistic infections. So, particularly in children’s and women with marginal nutritional status, if there is presence of these infections and not treated on time then the condition would get worse rather than better without appropriate treatment. Consequently, inappropriate or inadequate initial treatment often leads to disease progression and general deterioration. This inevitably results in requiring more aggressive and more expensive medical treatment. 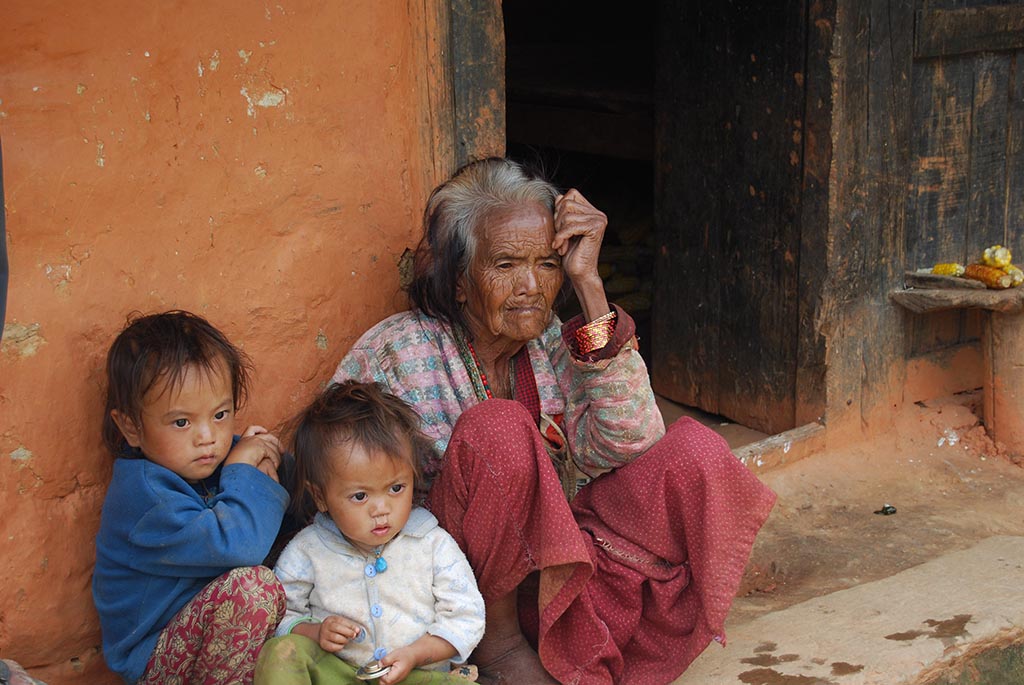 Given the above background, affordable access to quality healthcare services through a prepaid financing mechanism is extremely desirable. So, through health micro insurance people could be helped to pay for quality health care by optimally pooling their own limited resources. As a general rule health micro insurance schemes deal with groups rather than individuals. This is in order to control against adverse selection, and provide an efficient mechanism of premium collection and scheme handling. So, typically schemes will cover members of a group who are already involved in microfinance program and worked within the program for at least two years were selected for the program.  Micro insurance schemes also have clear definitions of member included, for e.g. those women having dependent children were covered. The micro-health insurance scheme of DCP provides various levels of coverage to meet the needs of the MF women that follows 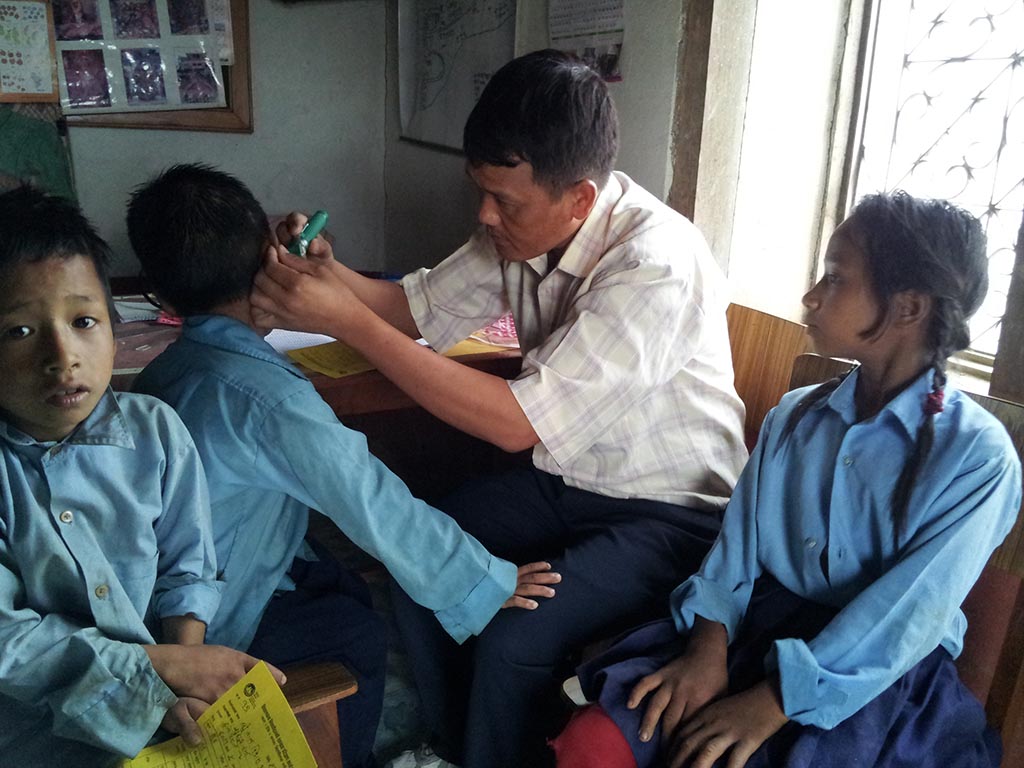 The agricultural programs of DCP started in 2009 and follow two approaches:

APPROACH 1:  Single investment from the community as a whole in the barren land of the community is done. It’s a unique combination of land investment and agro-plantation. The plants were selected on the basis of long term profit making for the community based on suitability area. This supports community for expansion of greenery environment as well as the financial capability which are invested for the community development. 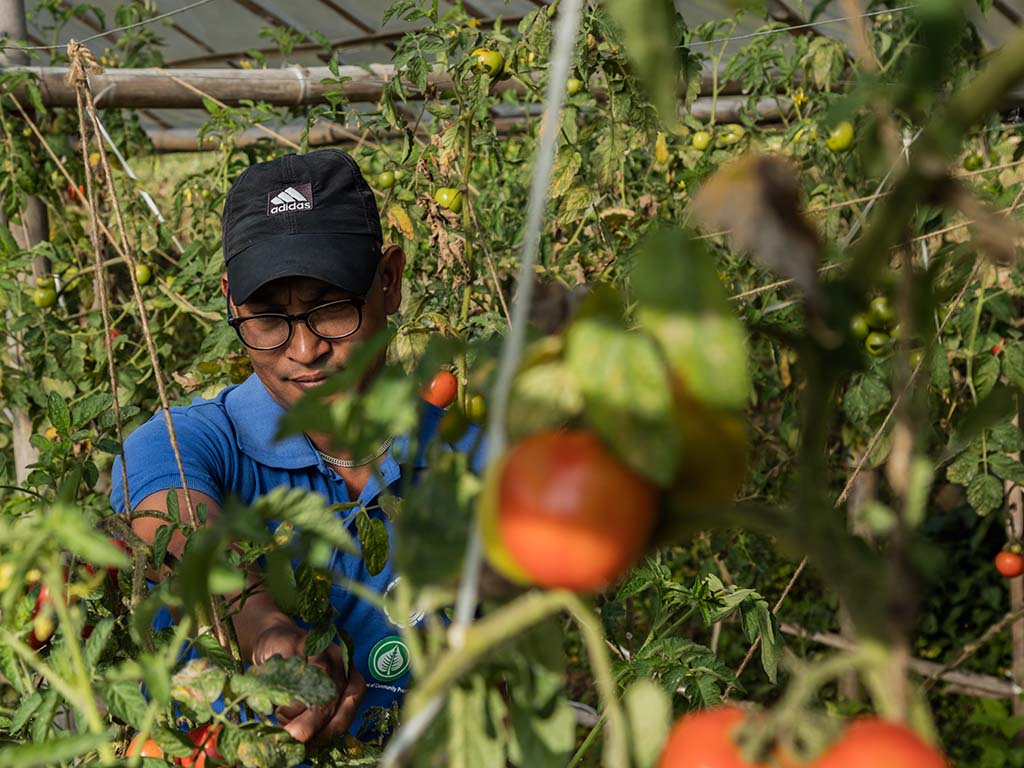 APPROACH 2: Medicinal plants plantation: The interested community people for medicinal plants plantations were identified from the community. The types of plants were selected based on the feasibility study, attitude and latitude of the specific project area. The first seed money were then provided to the groups/individuals who need to be refunded after certain duration. The detail plans were then made with community afterwards. Marketing of the products were planned at the beginning and arranged by the community stakeholder meeting 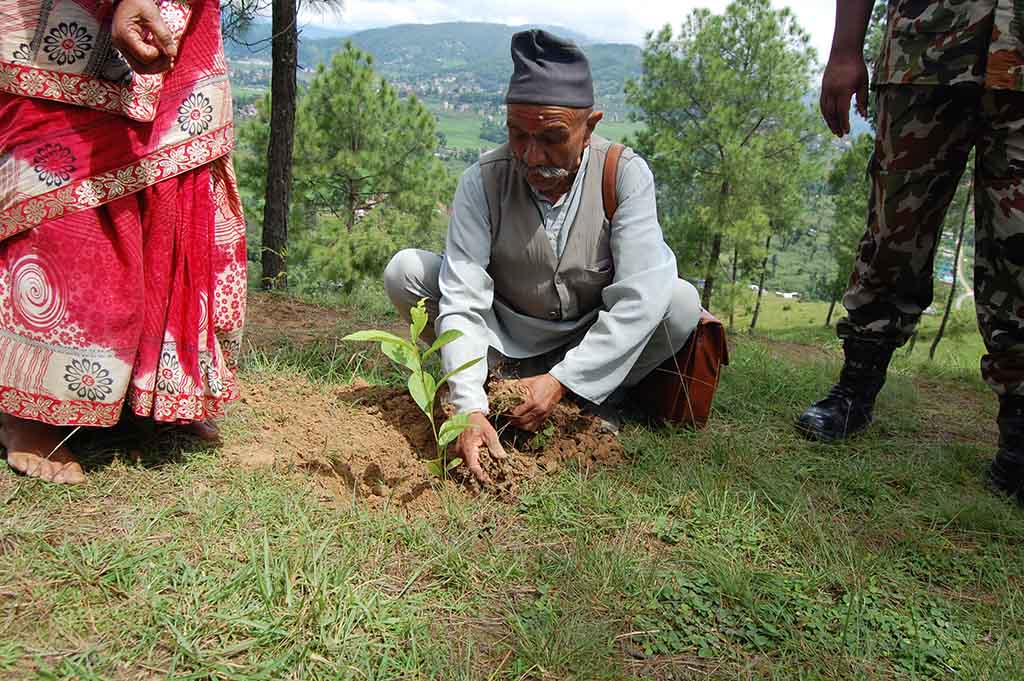 In Nepal, traditional energy resources including fuel woods, agricultural residues and animal residues alone contributes 85.5 % of total primary energy consumption. Indoor air pollution (IAP) caused by solid fuel use and/or traditional cooking stoves is health threat, particularly for women and young children. Prevalence of chronic obstructive pulmonary diseases among women is much higher than men in Nepal. Improved cooking stoves (ICS) is regarded as one of the most simple and popular technology to help reducing IAP from burning solid fuel to prevent the respiratory disease. 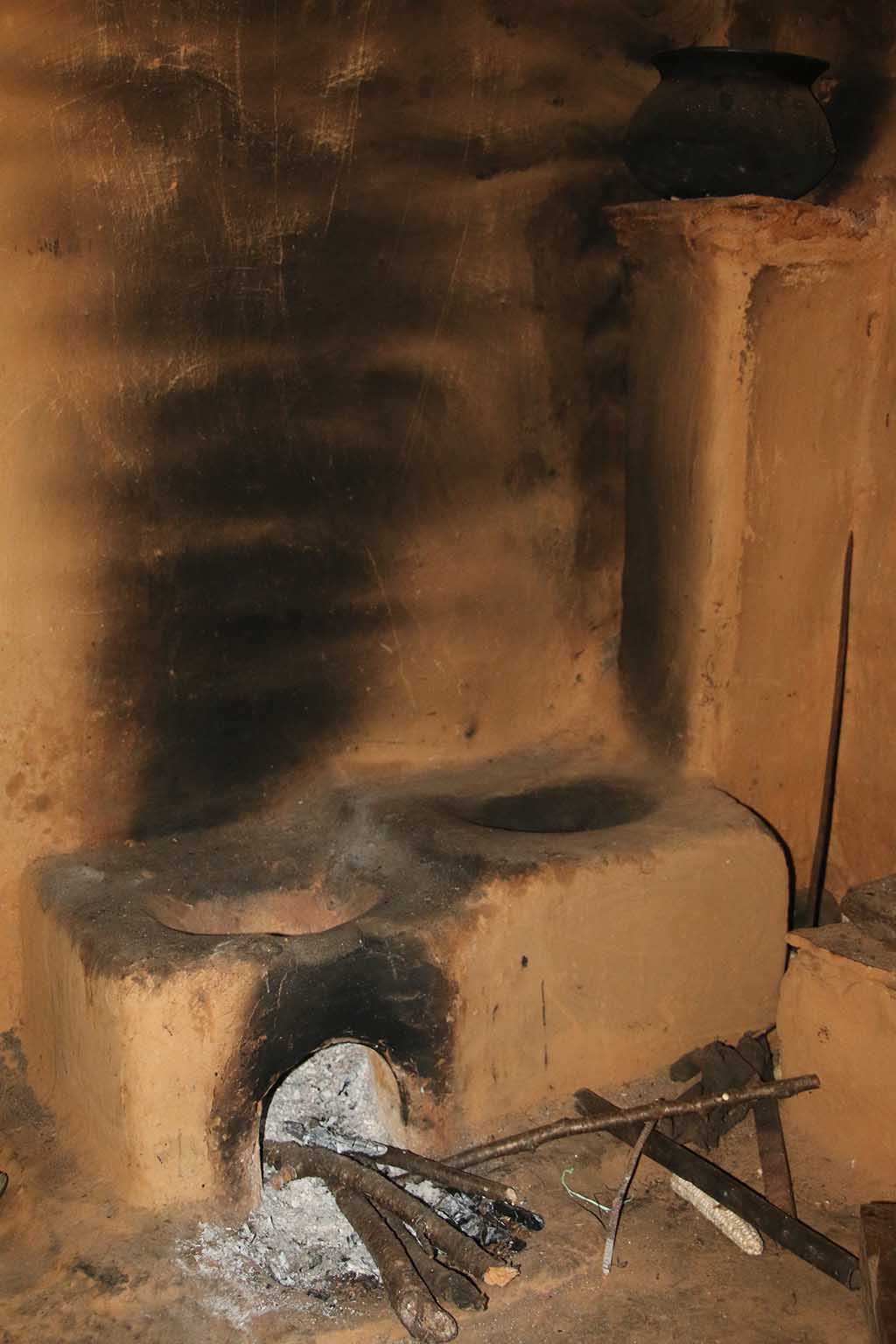 DCP had successful conducted the ICS project in Bolde on 2006. The ICS had been installed in 100 households. At that time mixed model of iron and brick was used. The chimney was made of the iron and the main stove was made from the brick made out of local materials. The main drawback of this model was with chimney, there was no provision for the cleaning up the chimney. The project included local community/beneficiaries as major partner for implementation and propagation of ICS.

The community centred approach with combined effort from stakeholders was adopted to ensure community ownership of the project. The biomass energy consumers committee was formed who lead the program. The committee was selected through public hearing process ensuring representation geographically, ethnicity and gender. On the similar way the promoters i.e. ICS constructers were selected maintaining the gender ratio (3 males and 2 female form Maajhifeda and 1 male from Lakhanpur). The committee was the volunteer body, who were provided with responsibility of sensitizing community, facilitating conducive environment and monitoring of progress and quality. The promoters were trained for construction of ICS and their main responsibility was to install ICS. 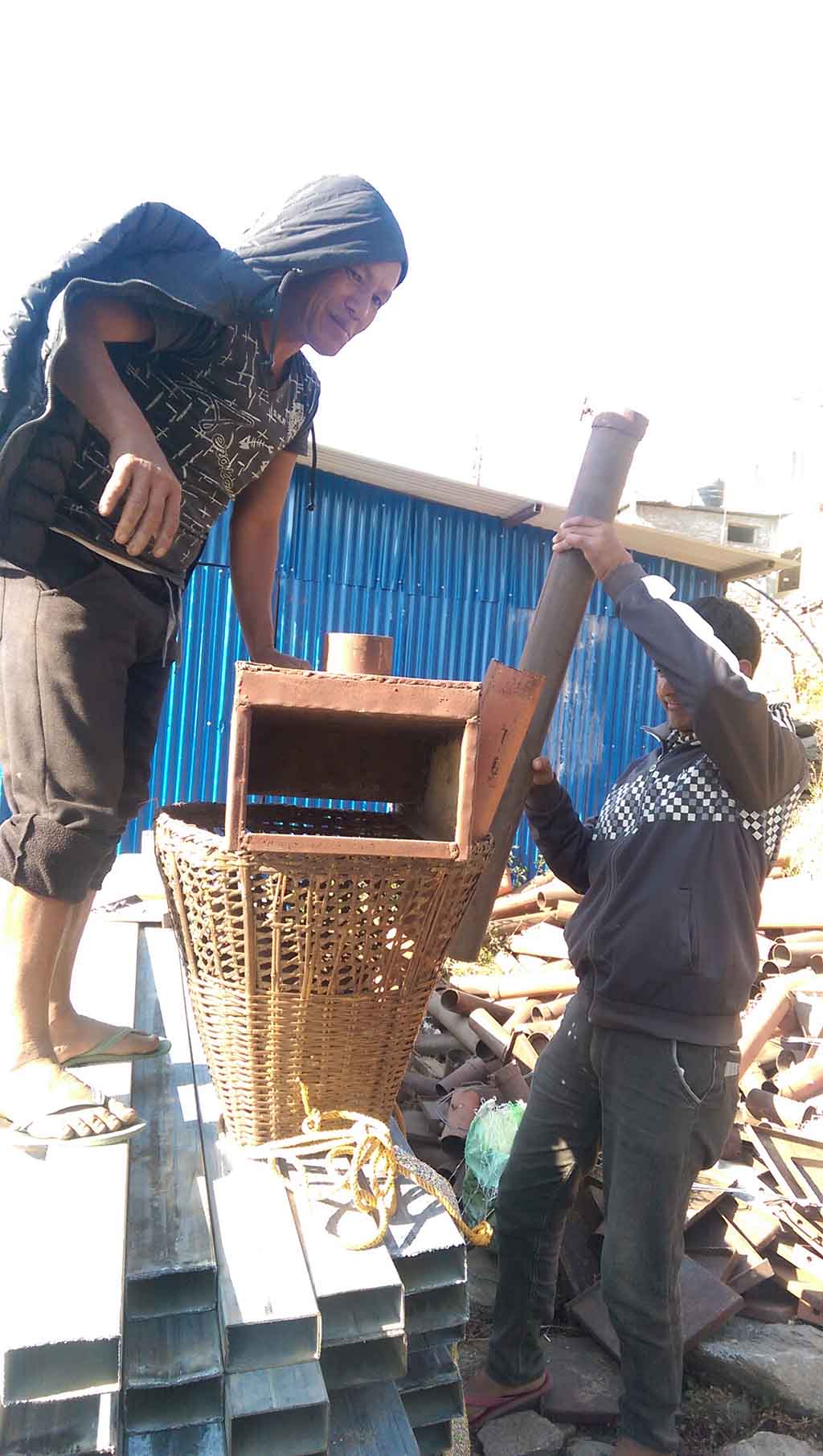 The project follows the following procedures;

(i) conduction of consultative meeting;

Local Initiative Program (LIP) is a novel initiative under the DCP. DCP coordinates various programs with Dhulikhel Municipality and other authorities in local level. The programs under local initiative mainly focus on the preventive and promotive health services, addressing the social issues in the community. The implication of the program is to develop the feeling of ownership among the community people, so that they own these programs and can be responsible of taking care of their own health. The program will primarily work on food hygiene, road traffic accidents, solid waste management, pesticide management, women empowerment and so on.

Local initiative programs are still under preparatory phase and has conducted few ice-breaking activities. Several interaction programs with various stakeholders and local authorities had been conducted. Under LIP, DCP has planned to start its activities from ward number 6 of Dhulikhel Municipality, as a pilot project where DH is situated. Several meetings had been conducted with the enthusiastic in charge and other members of the ward regarding planning and implementing LIP. We also had an interaction session with Waste Management Committee named “Bikas ka lagi Sahakarya” of ward number 6, Dhulikhel Municipality. The women in ward number 6 of Dhulikhel municipality will be enrolled into microfinance program including other health activities (such as screening, health awareness sessions). The women are already involved in producing some of the home made baby clothes and paper bags. Some of these women also received training on roof top gardening, organized by DCP. Besides, DCP also conducted cervical cancer screening, sanitary pad making trainings, other health screening and awareness sessions. 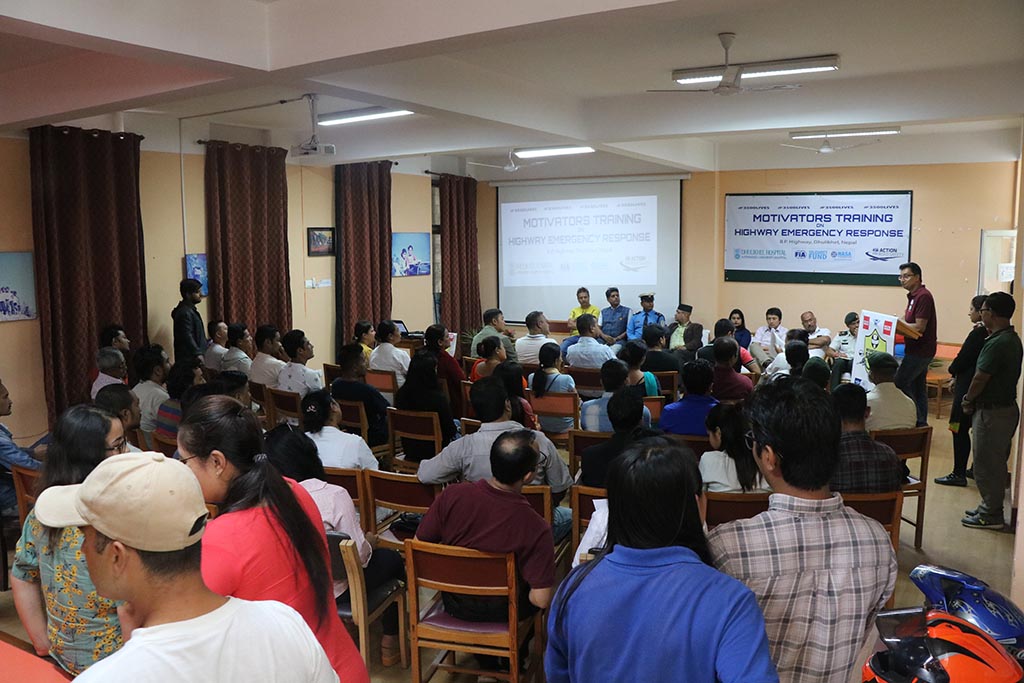 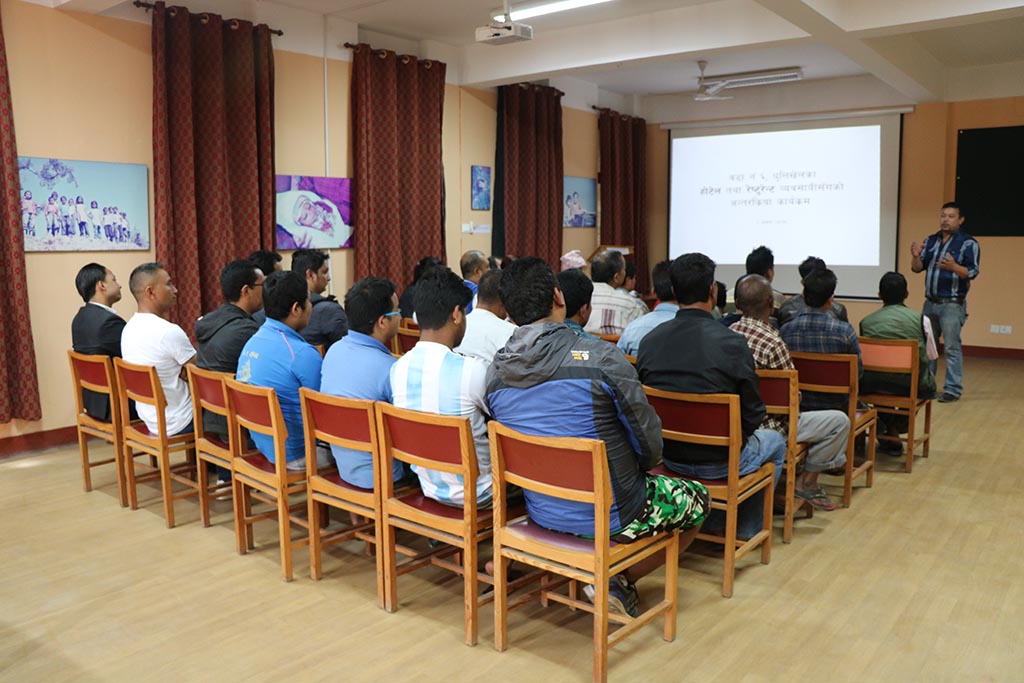 DCP also conducted one-day orientation and interaction program entitled “Motivator Training on Highway Emergency Training” on 1st October 2018 in Pathshala Hall of Dhulikhel Hospital-Kathmandu University Hospital. The program was collaborated with Nepal Automobiles Associations (NASA) and different department within DH. The program concluded by formation of a steering committee who will work in planning and implementing the activities that will prevent road traffic accidents. 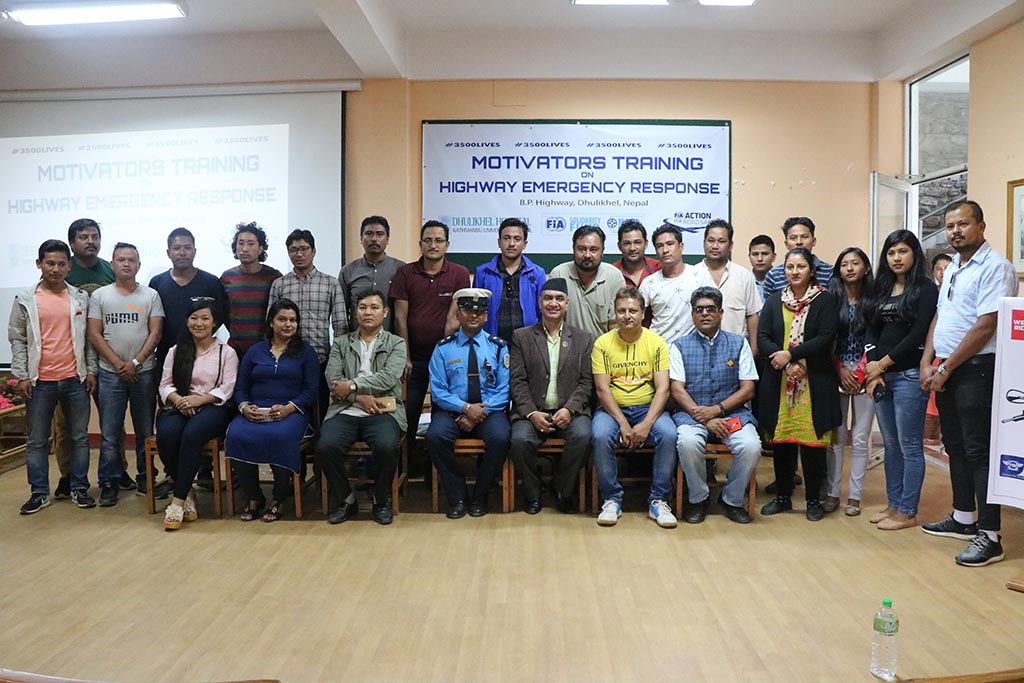 The LIP will primarily work on the following areas in the future: