Local initiative programs (LIP) are still under preparatory phase in DCP however, has conducted few ice-breaking activities. Several interaction programs with various stakeholders and local authorities had been conducted. Under LIP, DCP has planned to start its activities from ward number 6 of Dhulikhel Municipality, as a pilot project where DH is situated. Several meetings had been conducted with the in-charge and other members of the ward regarding planning and implementing LIP. DCP also had an interaction session with Waste Management Committee named “Bikas ka lagi Sahakarya” of ward number 6, Dhulikhel Municipality. The women in ward number 6 of Dhulikhel municipality will be now enrolled into microfinance program including other health activities (such as screening, health awareness sessions). The women were already involved in producing some of the home made baby clothes and paper bags. Some of these women also received training on roof top gardening, organized by DCP. Besides, DCP also conducted cervical cancer screening, sanitary pad making trainings and other health screening and awareness sessions. 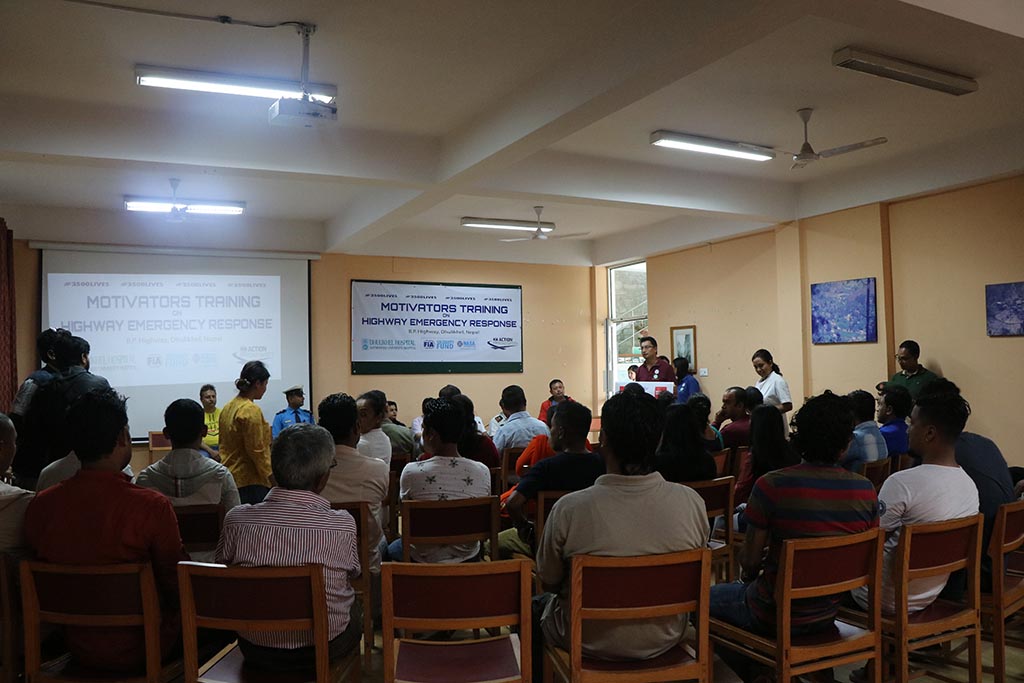 DCP also conducted an interaction program with 43 restaurant workers who own restaurants in ward number 6 of Dhulikhel Municipality. It was great opportunity to gather the opinions of the restaurant workers. Majority of the workers agreed to intervene and adapt hygienic activities in them. In collaboration with ward number 6 of Dhulikhel Municipality and Department of Physiotherapy of Dhulikhel hospital, DCP is planning to enhance physical activity level among people living in Dhulikhel. DCP planned to have 2 sets of fitness parks in 2 feasible spots/areas in ward number-6 of Dhulikhel. DCP also conducted one-day orientation and interaction program entitled “Motivator Training on Highway Emergency Training” on 1st October 2018 in Pathshala Hall of Dhulikhel Hospital. The program was collaborated with Nepal Automobiles Associations (NASA) and different department within DH. The program concluded by formation of a steering committee who will work in planning and implementing the activities that will prevent Road Traffic Accidents.